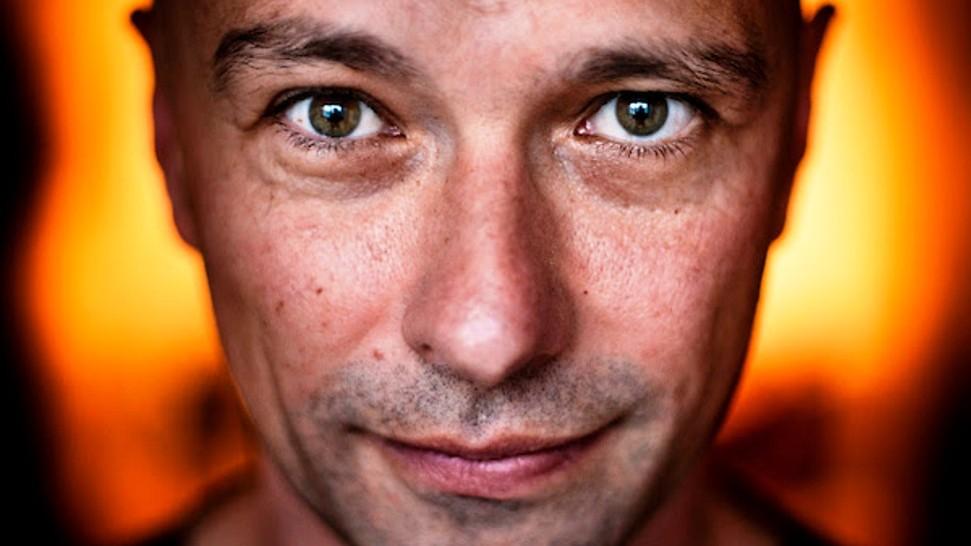 There was a time when Semyon Dukach was more interested in going for dollars using tried and true theorems and playing the numbers. These days the blackjack ace turned entrepreneur is taking a more humanistic approach in his role as head of Techstars Boston, after an active few years as a serial angel investor. What sets him apart is his history of using his intuition to sense a startup’s chances based on the vibes given off by its founders. “My philosophy is to pick teams I believe in and get behind them 100 percent.”

Dukach’s bets as a moneyman and mentor range from high-tech pet toys and electric bicycles, to female fertility apps and flying cars. Buoyed by his own list of successful startups (he’s had a few failures too), the Russian-born MIT math wiz is handing out checks to promising new businesses at pace – oftentimes in the first meeting and without due diligence – to make his mark on the world. In the past two years he’s made over 75 investments and spent over $3 million. “I’ve really found my true calling,” he says.

Dukach’s first claim to fame came while a member of the MIT blackjack team—a group of brainiac card-counters that traveled to casinos to turn their playing system into cash. The 23-year-old computer science major jumped into the adventure with both feet, eventually heading his own team, ‘The Amphibians.’ “I got really excited by the idea that you could travel the world, beat the system, join a team, us against them, do something that’s considered impossible and make lots of money.” Teams divided up their winnings and after about four years of collecting chips and earning a spot on every casino’s black list, Semyon walked away from the table with less than $1 million.

He found himself back in front of a computer in 1996, working for North American Media Engines, an outfit that helped corporations wire up for internet connectivity. Dukach spun out his own company, Fast Engines, a year later, producing online app performance-boosting software. He held an almost 50% stake in the enterprise in 2000 when he sold it to Adero for $35 million.

But it was with Fast Engines that Dukach began to feel the pull of forces stronger than money: the needs of customers and the satisfaction of solving their pain. One client, a VP at the New York Times, contacted Dukach personally in 1998 to thank him for a $20,000 software product that increased online traffic. Dukach hadn’t even considered that he’d helped someone—he was just happy about cashing the check. Service and gratitude proved more seductive than cash. “That hooked me…” he says. “I was just an egotistical, selfish kid. I was a smartass. And that was the beginning, I think, of the education that life is not about you, it’s about others. You are transient, you’re going to die, you’re going to wither away and you can’t take it with you. It’s about what you give and what you leave behind and what you create. And that creates fulfillment.”

Far from being reborn overnight, Dukach played serial entrepreneur and investor over the next several years, striking out several times, with little monetary consequence. Vert, a company he cofounded in 1999 that placed location-specific video ads on screens installed on taxicabs, collapsed under its own overhead and a down ad market. The company had raised over $5 million but Dukach had only invested $60,000.

Dukach invested about $50,000 into energy pricing software firm Plurimi after he sold out to Adero. It failed in the dotcom crash after raising $2 million, of which he only provided $50,000.

GottaFlirt.com was launched in 2006. A flirtatious game for adults, Dukach laughs about the endeavor now, noting that he and his two cofounders were all divorcees. “That was an example of a divorced 40-year-old wanting to launch a dating game,” he says. “It was pathetic.” At its peak it reached 20,000 users, which Dukach blames on not understanding the late teen demographic.  “If we’d waited a little bit and launched it on Facebook we probably would have succeeded.” Semyon’s loss was his initial investment of $50,000.

Another interesting bet that’s not dead but yet to pay dividends is Terrafugia—a flying car product born out of former MIT student Carl Dietrich. Still in development, the company’s prototypes have made successful test-flights and scheduled to commercially available by 2016. Dukach, who’s been on the board for almost seven years, says his initial investment has jumped 6X in value.

But among the duds and waiting games over the years were some winners too—ones which more than made up for losses. After selling Fast Engine, Dukach invested $150,000 into management software firm AccuRev in 2000, becoming a partner and holding the CEO position. With venture capital investment stymied post-9/11, AccuRev searched for cash through acquisition, acquiring email delivery service EMUmail for about $1 million in AccuRev stock (Dukach had invested $25,000 in EMUmail in 1998). After AccuRev rekindled interest from investors, the acquisition stopped making sense.  “The two companies were just too different to stay merged after cash became less of an issue,” said Dukach.

In exchange for $16,500 of AccuRev stock, Dukach spun out the ten-person company, renamed it SMTP and set about simplifying its product, throwing out bells and whistles and focusing on email delivery. He took the company public, holding 80% of the shares. The company generated $5.5 million the following year and paid Dukach $2 million in 8% dividends on top of about $100,000 per month in profits. The company uplisted to NASDAQ in Q1 and is now capped at $31.3 million. Before the jump, though, Dukach relinquished his CEO position, content to sit on the board and focus on diversifying his angel portfolio.Play Video

The payout from SMTP has put over $3 million into Dukach’s hands to date and all of it has been invested in startups. Some of his latest bets prior to taking the reins at Techstars include…

CoachUp: A site for finding a coach. After a year, Dukach’s investment increased in value by over 600% as the firm raised another $6.7 million last year.

Amino (formerly Narvii): A series of social networks divided into specific interests. Initially Dukach wasn’t sold, but his daughter Miranda’s interest in the app swayed him. She even wound up helping raise $150K for the firm and become an intern. The company went on to take $1.65 million from Union Square Ventures).

PetCube: An electronic pet toy that allows pet owners – or anyone else – to interact with a pet that’s home alone. Dukach decided to write a check after a chat over coffee with CEO Yaroslav Azhnyuk.

Faraday Bicycles: Bikes with an electric component that helps the peddler along.

In choosing which horses he thinks can place, Dukach says it always starts with getting to know the teams involved in a startup. Once he’s sold on the personalities of those involved he insists on becoming involved not only as a moneyman but as an advisor. “I invest in people who have a chance at actually succeeding. I look for people who really believe in what they’re doing, who really are driven by the right thing but who also are the kind of people who can pull it off.”

Dukach gives an award for those he feels can pull it off. He calls it the Troublemaker Award—a $10,000 cheque awarded annually since 2012 to a young person trying to make a difference. “I give out everyyear to a young person who is a real troublemaker: who takes some real risk, goes outside the system, breaks some rules – possibly breaks some laws – but does it for some purpose that seems to me to be positive, productive.”

Previous recipients include Zack Kopplin, a young activist who helped prevent the spread of creationism in publicly funded education. Kopplin gathered the support of 78 Nobel Laureate scientists, the American Association for the Advancement of Science, the New Orleans City Council, and other major organizations to his side.

2013’s Troublemaker award went to Nadezhda Tolokonnikova, a member of the controversial Russian feminist punk rock protest group Pussy Riot, arrested following a protest against Russian President Vladimir Putin in Moscow in 2012. While imprisoned she staged a hunger strike to protest the inhumane treatment of fellow prisoners. Says Dukach: “She went and did this at a huge risk to her life because she felt it was the right thing to do.”

These days, when not spending time with his wife and children, he’s focused more acutely than ever on shaping a new generation of entrepreneurs in a directorial role with Techstars Boston, which he accepted this past spring. Dukach now vectors all his investment capital into the program, eschewing new startups outside its fold. His message to entrepreneurs is to avoid blindly following dollar signs, rather create a positive for someone else. “Don’t worry about how much money you’ll make. You’ll do fine if you just try to do something for somebody,” he says. “Have a customer in mind, talk to those potential customers—understand who you’re doing it for. Because ultimately it’s about caring about other people—empathy is what really drives entrepreneurship.”