People love their pets. Unfortunately it’s impossible to be with them all the time and many pets spend hours alone in a home or apartment, pining over their missing owner, bored out of their minds and possibly destroying everything in sight.

This is the problem that recent crowdfunding champion Petcube Inc. intends to solve. The company sought $100,000 on Kickstarter this fall and attracted a whopping $251,000 over the course of its 42-day campaign.

The product – a small aluminum and glass cube – is equipped with a camera, a speaker, wi-fi capability and a laser pointer that can be controlled remotely through the use of a smartphone or tablet app, giving pet owners the ability to watch their animals and control the laser as it’s being chased around the floor by a four-legged house-sitter. They can even speak through the device. (Watch an adorable demo below!)

The brains behind the Petcube – which will retail for $199 – are co-founders Alex Neskin (CTO), Andrey Klen (creative director) and CEO Yaroslav Azhnyuk—three friends from the advertising business that put the company together from their native Kyev, in Ukraine. Neskin was the impetus for the enterprise, designing a basic prototype for his dog, Rocky, who caused such a ruckus in his apartment building while he was gone that his neighbors threatened police action. Neskin’s idea calmed his calamitous pooch and attracted attention. “It turned out that all of Alex’s friends wanted this thing,” says Azhnyuk.

Azhnyuk and Klen worked with Neskin starting May of last year to make the invention a business. The 10-person company has relocated to San Francisco but keeps a development office in Kyiv.  Azhnyuk is currently in Shenzhen, China, gearing up for production.

But Petcube’s offerings go beyond creating remote connection between one pet owner and one pet. The free accompanying mobile app lets pet owners take photos of their pets at play and share those photos with their friends, family or even the general public.

An opt-in feature lets a user choose whether others can assume control of their Petcube and play with their animals. “You can browse other people’s Petcubes and you can browse other people’s profiles,” said Azhnyuk. That addition to the product needed to be developed carefully as the onboard camera is tantamount to offering a window to your private home. “Sharing for general public, you only can share for 15 minutes.” A Facebook connection can also alert your contacts when you’ve opened up your Petcube for their use.

As a consumer product Petcube seems like a no-brainer, but the entrepreneurs have also outlined an enterprise application of sorts. “Petcubes will be installed in pet shelters so people who don’t own a Petcube or a pet will be able to play with homeless animals from pet shelters and maybe even adopt from the shelters,” Azhnyuk said. The company has partnered with several shelters in the US already.

So far, funding has come from SOS Ventures and Haxlr8r, as well as serial angel investor and company mentor Semyon Dukach. Dukach initially scoffed at the idea of the Petcube but was won over by its founders. “Finally I ended up meeting (Azhnyuk) over a coffee and I just understood,” Dukach said. “…I saw the passion in the team. I don’t know how to describe it—sometimes you just look at a guy and you know they’re going to succeed.” (see the full Petcube interview with Dukach here)

With its newfound crowd-funded wealth, the company intends to produce its first batch of 2,500 to 3,000 Petcubes, which will be made by manufacturers in China. Some of the money will also go to further development of the mobile app for iOS and Android. Those that pre-ordered the product through Kickstarter should receive their Petcubes in May, Azhnyuk said. The company is in talks with distributors now. 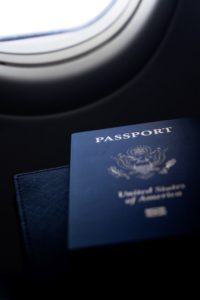 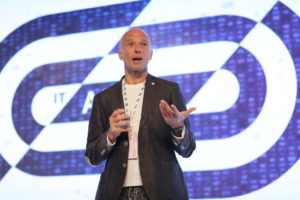